Literature / Love Letters to the Dead 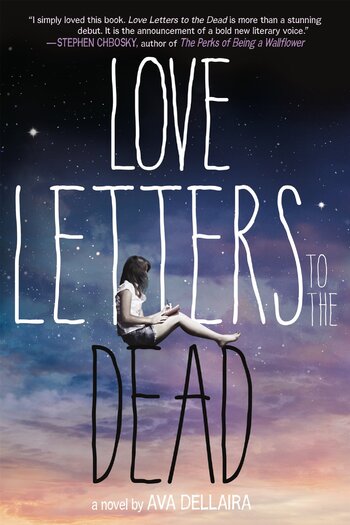 Love Letters to the Dead is a young adult novel published by Ava Dellaira in 2014.

Laurel is just starting out as a high school freshman, having transferred to a new school after the death of her older sister May only a few months prior. Her first assignment in English class is to write a letter to a dead person. She chooses Kurt Cobain, whom May loved. Rather than turn in the assignment, Laurel keeps it and writes additional letters to him and a growing list of other dead people. In these letters, Laurel writes about her experiences navigating high school, her family, making friends, and falling in love for the first time. She also reveals details about her past and her relationship with May, and it becomes apparent that her memory of her sister is strained due to something that happened before she died. Before Laurel can move on from the loss of May, she first has to face the truth about what happened to herself.

Love Letters to the Dead contains examples of: