Literature / Love in a Nutshell 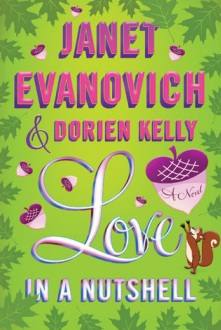 Love in a Nutshell is a 2012 romance novel by Janet Evanovich and Dorien Kelly. The book follows Kate Appleton, a recent divorcée who has also lost her job as magazine editor. Trying to start her life over, she moves back to Keene's Harbor, Michigan to live in her parent's summer cabin. Kate hopes to fix up the cabin (titled "The Nutshell") and turn it into a bed and breakfast.
Advertisement:

Needing money to achieve this goal, she goes to Matt Culhane, owner of a local micro-brewery, and demands a job. Recently, Matt's company has had a string of suspicious events that has lead him to believe that someone is trying to sabotage his company. He decides to hire her as a way to have an insider report any suspicious activities that go on during the day. Kate agrees to the arrangement but only if she will get a $20,000 bonus if she catches the culprit.