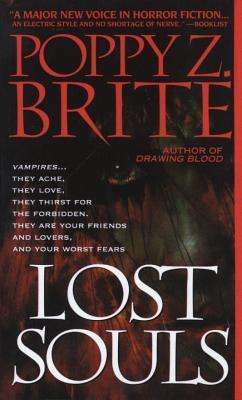 Fifteen years ago, a trio of vampires breezed into a New Orleans bar on the last night of Mardi Gras. Their leader, the charismatic and murderous Zilliah, seduced and abandoned a teenage girl named Jessy, leaving her pregnant with a vampire child who devoured her from the inside out. The baby was left in a basket on an anonymous doorstep in the hopes that he might find an ordinary life.

In the present day, a teen who calls himself Nothing lives in a boring middle-class town where he hungers for things he can't explain. Running away from his adoptive parents, he finds himself in a van with a trio of mysterious strangers as they careen across the country in search of hot blood and cheap thrills. For the first time, Nothing feels he's found where he belongs...and he'll do anything to stay there.

Best friends Steve and Ghost make up Lost Souls?, a band maybe a little too talented for the tiny town of Missing Mile, North Carolina. Steve can't hide anything from Ghost—not his drinking problem, not his rocky relationship with his girlfriend Ann, not his self-destructive thoughts. Because Ghost can see the past. And the future. And Ghost has seen dark times coming.

When a van full of vampires pulls into Missing Mile to take in a Lost Souls? show, it seems that the dark times have finally arrived. Steve must race to save Ann from the vampires, while Ghost hopes to save Nothing from himself.