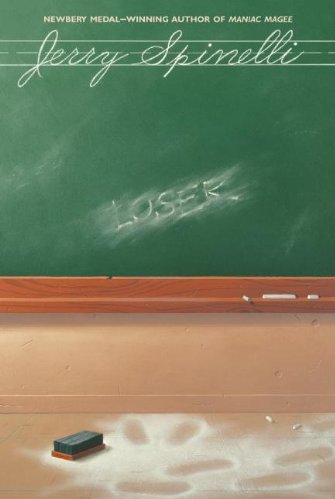 It's hard living in a world where people want to judge you all the time.
Advertisement:

Loser is a coming of age novel written by Jerry Spinelli about a boy named Donald Zinkoff, ostracized by his peers due to his clumsiness and clueless nature. The book follows Zinkoff during his developmental years through Elementary and Middle school.