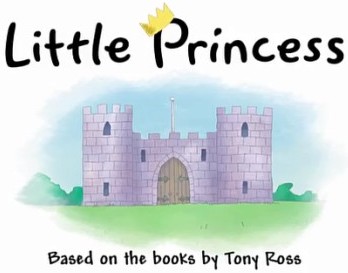 Little Princess is a book series by Tony Ross, about a very spoiled princess. The first book, I Want My Potty (published 1986), was popular enough that it spun off an entire series of books, and resulted in King Rollo Productions creating an animated series based on the character. In 2006, The Illuminated Film Company (no relations to Illumination Entertainment) picked up the rights to produce a new animated series for the show, this series ran three seasons with a total of 100 episodes. The show is also so popular it overshadows the booksnote The Other Wiki has a whole page for the show, but the books are lumped into the page of writer Tony Ross, and still repeats on Channel 5's Milkshake block in the UK to this day.