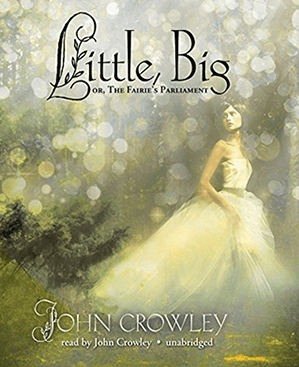 Little, Big: or, The Fairies' Parliament is a 1981 epic World Fantasy Award-winning novel by John Crowley.

It tells the multigenerational tale of an eccentric family and its compact with the world of fairies. A lengthy, bittersweet story of familial love, double-edged inheritances, and loss, the book is a celebrated touchstone of the modern-fantasy genre.