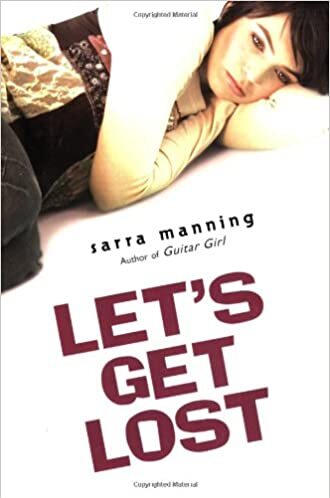 Let's Get Lost is a Young Adult novel by Sarra Manning.

Some girls are born to be bad...Isabel Clark is one of them. Her friends are terrified of her, her teachers can't get through to her...her family doesn't understand her. And that's just the way she likes it. See, when no one can get near you, no one will know what keeps you awake at night, what you're afraid of, what has broken your heart...But then Isabel meets the enigmatic Smith, who can see right through her act. Bit by bit he chips away at her armour, and though she fights hard to keep hold of her cool, and her secrets, Isabel's falling for him, and coming apart at the seams when she does...