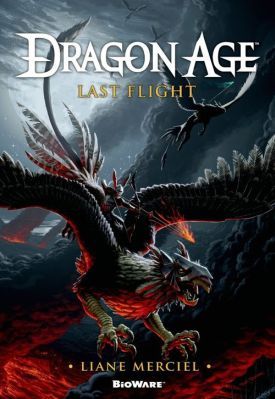 The fifth novel set in the Dragon Age universe, written by Liane Merciel and published on September 16, 2014. The plot follows Valya, a young elven mage recently recruited into the Grey Wardens, who researches the less glorious aspects of her order's past—particularly connected to the diary of Isseya, one of the last of the fabled Grey Warden griffon riders who fought in the Fourth Blight.
Advertisement:

The novel ties in with Dragon Age: Inquisition, alongside Asunder and The Masked Empire.