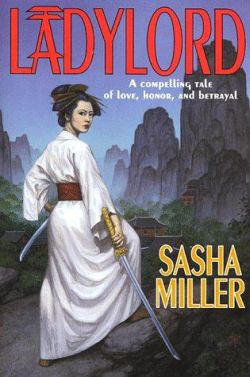 Ladylord is a fantasy novel written by Sasha Miller, published in 1996.

The book is set in a fictional feudal society with certain similarities (but not exact parallels) to Japan. It focuses on Javere qa Hyasti (commonly called Javerri), the daughter of a powerful lord. Their society is basically patriarchal, but shortly before Javerri's father dies, he takes the unprecedented step of declaring her his "son" and heir.

This is not popular with everyone, especially the more senior lord who hopes to take control of their province. That lord's confirmation is required for Javerri to properly inherit, and wanting to be rid of her, he gives her an Impossible Task: retrieve a dragon's egg.

The book focuses on her expedition to do this and on the politics that go on while she's away.