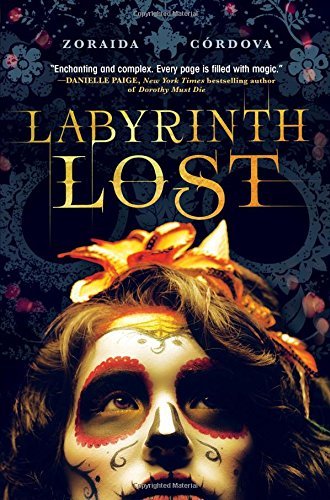 The 2016 novel Labyrinth Lost is the first book in a new series called Brooklyn Brujas by Zoraida Cordova. Alejandra Mortiz is a powerful bruja that doesn't want her magical powers. At her Deathday celebration Alex tries to rid herself of her powers, but instead she puts her family in danger. Alex and a mysterious boy named Nova along with her best friend Rishi go into a magical and dangerous land to try to save her family.
Advertisement:

The sequel was released in 2018 and is called Bruja Born.