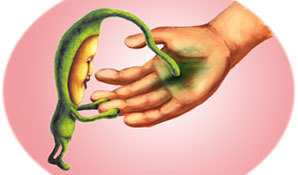 The Kobitos/Kobitos Zukan is a bit of an oddball franchise first published by Toshitaka Nabata, in 2006. It concerns the alleged existence of miniature humanoids reffered to only as "Kobitos".

The Kobitos started off exclusively as children's picture books, but has since branched out to include a video game adaptation, playing cards, an anime with live action elements and a Feltmation(?) miniseries.

. A portion of the feltmation can be found here

The Kobitos/Kobitos Zukan provides examples of: