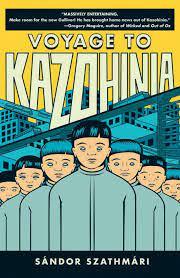 A modern sequel to Gulliver's Travels by Hungarian author Sándor Szathmári. Originally intended as a criticism of modern society, and the promotion of Marxism. Nowadays mainly remembered for being unintentionally hilarious.