Literature / Jude the Obscure
aka: Jude 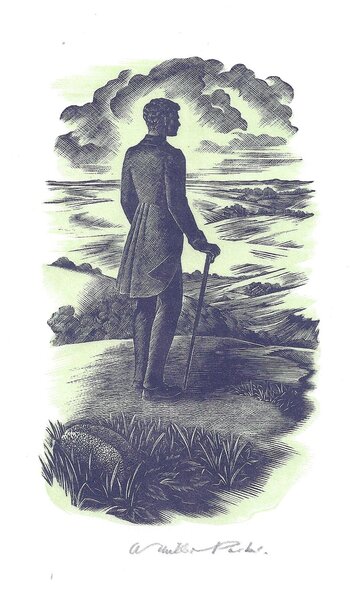 "I may do some good before I am dead—be a sort of success as a frightful example of what not to do; and so illustrate a moral story."
—Jude Fawley
Advertisement:

Jude the Obscure was the last published novel by English author Thomas Hardy, first appearing as a magazine serial in 1894 and being published as a book the following year.note  The Well-Beloved was first published in book form two years later, but was written several years earlier. Like most of Hardy's novels, it is set in the fictional region of Wessex in south-west England, though on the very edge of it rather than at the heart of it.

Jude the Obscure tells the story of working-class man Jude Fawley, a dreamer with aspirations to become a scholar in the town of Christminster (modeled after Oxford). He learns the craft of stone masonry and has a poorly-chosen marriage to local girl Arabella Donn as a teenager, which finally ends in separation. He moves to Christminister to pursue his dream, but is is ultimately rejected and is disillusioned from becoming a scholar. Jude meets and has an ongoing affair with his cousin Sue Bridehead, even after her marriage to his former teacher, Phillotson. He and his family face a never-ending series of hardships, tragedies and disappointments.

Some of the themes in the novel are the limits of class structure in Britain, ill-fated love and marriage, and adultery.

The novel has been adapted twice; once for The BBC as a six-episode miniseries in 1971 starring Robert Powell and Fiona Walker as Jude and Sue, and in 1996 by Michael Winterbottom as the feature film Jude starring Christopher Eccleston and Kate Winslet as Jude and Sue.

In June 2018, former The State cast member Michael Ian Black began releasing a podcast called Obscure in which he reads Jude the Obscure aloud (having never read it before) and provides a running commentary, sometimes in conversation with guests.