Literature / Johnny Maxwell Trilogy
aka: Only You Can Save Mankind 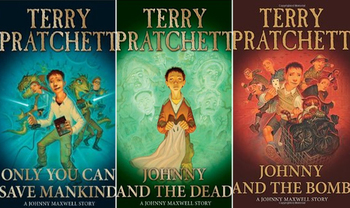 "Of all the forces in the universe, the hardest to overcome is the force of habit."
— Johnny and the Dead
Advertisement: