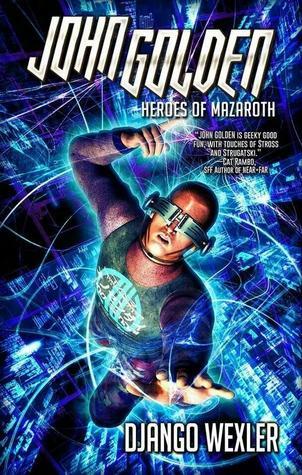 Killing the fairies in your internet.
Advertisement:

The John Golden novellas are a series by Django Wexler released by Ragnarok Publications. They star the titular character and his disembodied sister Sarah. John Golden is the world's best Debugger, those rare individuals capable of physically entering the internet and banishing the fae who live there. While most fairies do nothing more than mess up data and prank their users, the worst are capable of stealing souls.

The first John Golden novella, John Golden: Freelance Debugger was released in February, 2014, followed my a sequel John Golden and the Heroes of Mazaroth in August. More novellas are planned with a full-length novel in the works.

open/close all folders
Advertisement:
Tropes across the series
John Golden: Freelance Debugger
John Golden and the Heroes of Mazaroth