Literature / Jim Springman and the Realm Of Glory 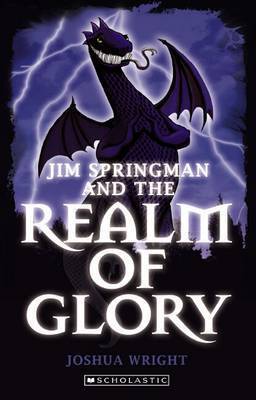 Jim Springman and the Realm of Glory is a fantasy novel by Joshua Wright, in many ways an Affectionate Parody of run-of-the-mill fantasy novels.
Advertisement:

Jim Springman. An ordinary kid - the mundane youngest child of a suburban family living in Queen's Port. The Realm of Glory - Jim's older sister's fantasy novel and sole claim to fame. When Queen's Port becomes spliced with the world of The Realm of Glory via a massive screwup by Jim's older siblings, it's up to him to set things right. With the help of his neighbours the Cobbler girls (Ruthie and Josie), and his older brother Fletcher, Jim's fight against monsters, bandits, and a particularly nasty fire-breathing duck begins. A fun fantasy tale that can get quite postmodern.