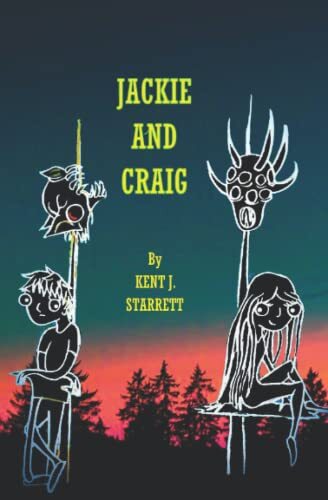 Jackie and Craig is a Young Adult Horror/Urban Fantasy novel by Kent J. Starrett, published on Devil's Eve of 2017. The story follows the hell-raising tomboy Jacqueline Parker and the perpetually terrified Craig Steiger, two grossly mismatched sixth-grade friends who discover that bizarre creatures emerge during the night in their hometown. Taking it upon themselves to clear Shadow Creek of its unholy infestation, Jackie and Craig set about creating an arsenal of improvised weaponry to slaughter their way through the hordes of progressively trippier and trippier "abominations" as they try to win friends to help in their lone stand against the increasingly oppressive otherworldly onslaught. It was followed by a sequel two years later, Teenage Wastelands: The Rise and Fall of the Sky Valley Cult, which took a different direction and focused on the surviving characters facing a compound full of savage, warmongering psychic teenagers.