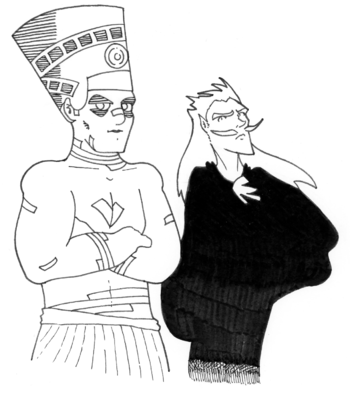 is an action-comedy Web Serial Novel by Joi and Trueman Massat.

In a world where the classic monsters of gothic literature and black-and-white movies are real, the mummified corpse of Frankenstein's Monster is revived (or, rather, undeadified) by Count Dracula. Together they sip wine, philosophize about the meaning of monsterdom in a cruel world, and kick ass.