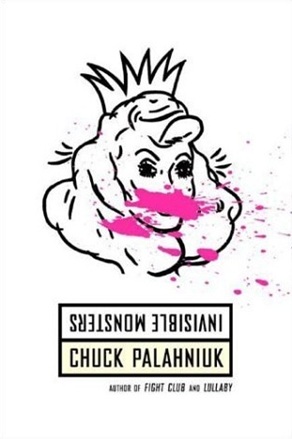 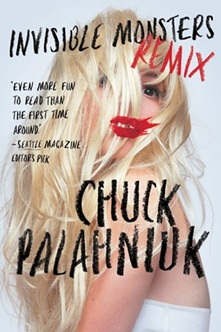 "Give me attention. Flash."
Advertisement:

Invisible Monsters is a 1999 novel by Chuck Palahniuk about a beautiful fashion model. Despite her awful past and family difficulties, "Daisy St. Patience" continues to be widely successful, and even holds down a relationship with a handsome detective. That is, until everything goes to hell and her entire lower jaw is blown off in a drive-by shooting.

Save for her mangled jaw and inability to talk, she is left perfectly intact and carefully drives herself to hospital, only to soon suffer a massive breakdown when she learns birds flew into her car and ate the remains of her face. Soon switching to baby food and starting ventriloquism lessons to learn how to talk again, Daisy quickly adopts a few veils when she meets Brandy Alexander, the large-handed drag queen supreme who is one surgery away from being a "real" woman. Taking Daisy under her wing, Brandy gives her a new identity and starts teaching her how to let go of her past and live again.

Interestingly, the book was originally denied by publishers for being too dark, and Invisible Monsters was supposed to be Palahniuk's first novel; after responding by making an even more offensive novel (which turned out to be his most famous book — Fight Club), the eventual success of Fight Club meant Palahniuk's Invisible Monsters was given another chance and published.

Not to be confused with the other Invisible Monsters.