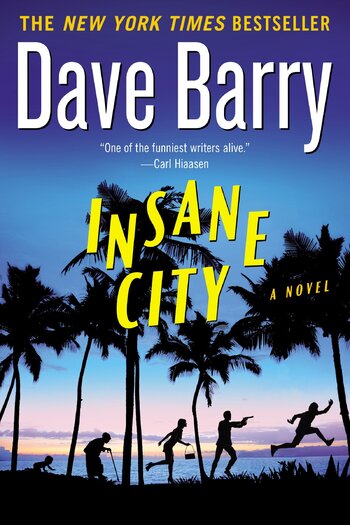 Insane City is a 2013 novel by Dave Barry, his first solo novel since Tricky Business.

Seth is a low level worker who makes a living tweeting about douche, but he's somehow caught the eye of Tina, a rich and outspoken woman who has agreed to marry him. They are having their wedding in Miami, and all Seth has to do is show up in his tuxedo, with the ring. Simple, right?

Not quite. Over the course of 3 days, he has to deal with missing luggage, a stripper and her large boyfriend demanding money, a family of Haitian refugees, a large and aggressive Orangutan, the Russian mafia, and accidentally distributed pot brownies.

In other words, your typical Barry novel.