Literature / In the Unlikely Event 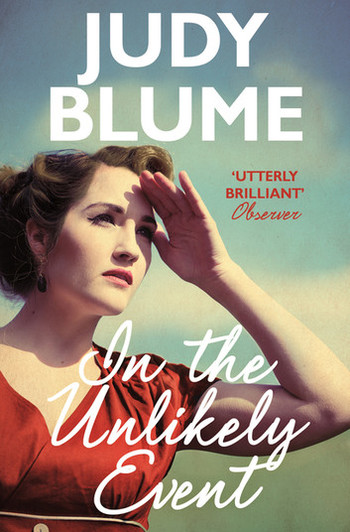 In The Unlikely Event is a 2015 Adult novel by Judy Blume, based on the real-life plane crashes that happened in her childhood.

Elizabeth, New Jersey seems to be an idyllic place. Then three plane crashes occur, in rapid succession. The accidents and their consequences have a massive impact on the town, which starts questioning why the flights from Newark Airport are so dangerous, and how they can bear this pain.