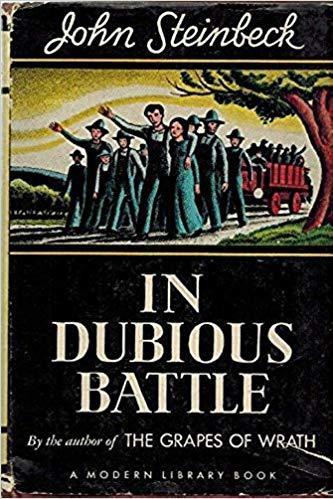 In Dubious Battle is a 1936 novel by John Steinbeck. Like many of his stories, it is set in The Great Depression. It tells the story of individuals in the Party (hinted to be Communists) who tried to incite riots throughout Central California.

A film adaptation, directed by and starring James Franco, was released in 2016.