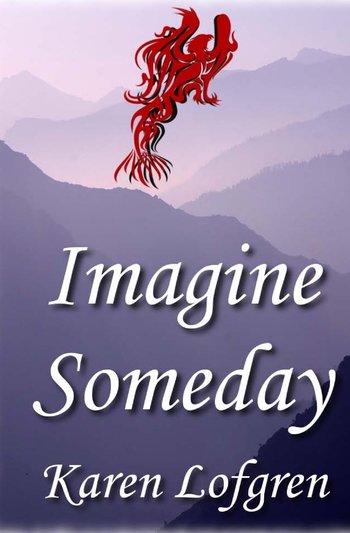 Imagine Someday is an urban fantasy novel and the debut of author Karen Lofgren.
Advertisement:

It tells the story of Diego Avery, a lonely young man who discovers a griffin in his forested backyard. Said griffin, named Aglaciel, can't remember anything about what happened to him. A Quest for Identity begins when Diego's girlfriend, Miho, finds a unicorn in a nearby public park, and a lot more questions than answers are brought to the surface.

However, Diego has a lot of baggage himself, and sooner or later that's going to come to the forefront...

Starts off as a pretty typical A Boy and His X story — a young man having adventures with his griffin, but it but quickly gets darker.