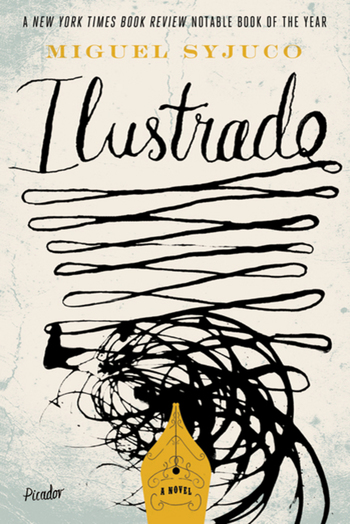 December 1, 2002 — Miguel Syjuco is en route to Manila. Ten months earlier, the body of his mentor, the Filipino author Crispin Salvador, was found floating in the Hudson River — spread-eagled and barely clothed. And the manuscript of his reportedly groundbreaking to-be-published work, The Bridges Ablaze, is missing.

Moved by the death of his long-time mentor and friend, Miguel sets out on a journey to assemble bits and pieces of his mentor's life story from all of his works and friends and find out why Crispin Salvador became the man he is, and along the way, discover how their lives are connected.

Ilustrado, from the Spanish word for the educated Filipino class in the Spanish colonial era, is a novel by Miguel Syjuco which explores Philippine history through the lives and genealogies of the narrator and the Posthumous Character of Crispin Salvador.