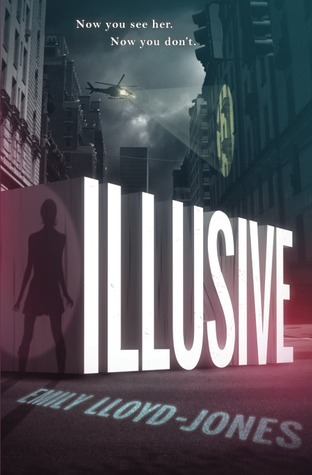 The Praevenir vaccine saved the world, stopping the deadly MK virus in its tracks. Unfortuanlty, there were some...unintended consequences, side effects included itching at the site of injection, dizziness, weakness, fever, rash, and, in 0.03% of the vaccinated population, superpowers. In the years after knowledge immune became public, the world changed. War broke out and the government bore down to collect as many of the immune as possible. The only ones were who escaped the round up the were the rich and the criminal.

Ciere Gilba is in the later category. A rare and valuable illusionist, who wants nothing more than to disappear, she's been thieving for art fence Kit Copperfield for almost her entire life. However, Kit's latest job and her own impulsive decisions has gotten her tangled up in something much bigger than she can imagine.

Written by Emily Lloyd-Jones, the first book Illusive came out in July of 2014. The second, Deceptive, was released in July of 2015.

The Illusive Series provides examples of: