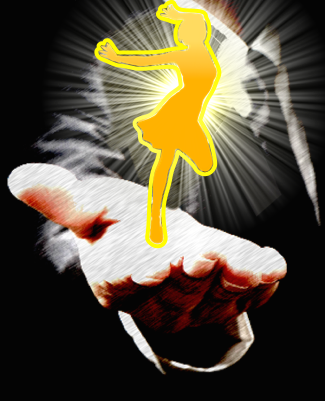 He's a destroyer with power over death. She's a creator made of starlight. They save the universe.
Where stories meet and intertwine, support each other and collide, that's where worlds are at their best.
—Roscoe (narrating), "Fiat Lux"

A series of Scifantasy novellas written by Deborah Dixon. The overarching story revolves around two characters, Roscoe Williams and Blair Winters; the various exploits that result from their ill-advised meeting constantly threaten to turn the universe on its head. Roscoe and Blair encounter creatures ranging from pretenders to the omnipotent, while struggling with the true meaning behind what brought them together at all - and a power complex with the potential to destroy everything sacred to them.

The first installment, "Fiat Lux," saw its original release in October 2015; a total of seven novellas, as well as a number of related short stories, have been published. Series I includes the following stories:

A Series II has been announced, but no release dates have been confirmed. Additionally, plans to group the novellas into a collection have been mentioned. Shalamar, the novellas' publisher, offers more information (as well as the books themselves) at their website

open/close all folders
Series I In General
Fiat Lux