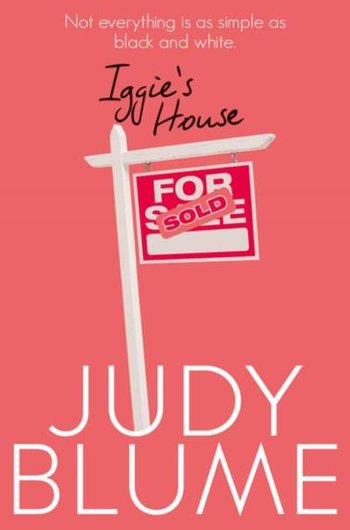 Not everything is as simple as black and white.
Iggie's House is a 1970 young adult novel by Judy Blume. The story concerns Winnie Barringer, whose best friend Iggie has moved away. The new family moving into Iggie's house are the first African Americans in the neighborhood, the Garbers. While Winnie is quick to make friends with the new kids, she realizes that some people, possibly including her own parents, have trouble seeing past a person's color. She also deals with her own preconceived notions about Black people as she tries to keep the peace between herself and her new friends.