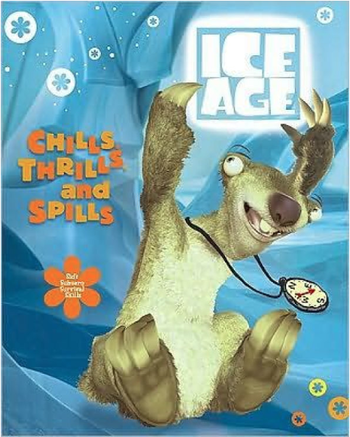 Laugh your way across the frozen tundra!
Advertisement:

A guidebook of sorts by Michael Teitelbaum published in February 2002 for the first Ice Age film. It contains the passports of several characters, diary entries (Sid and Manny), interviews with Sid, games and various guides to help one in their migration.