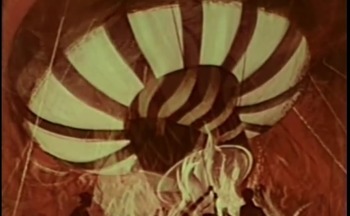 "Icarus Montgolfier Wright" is a 1956 short story by Ray Bradbury.

It is a speculative story about the first man to walk on the moon. His name is Jedediah Prentiss, and it is August 1, 1970 (Bradbury only missed the date by thirteen months). Prentiss is trying to get some sleep, only a short distance away from the rocket, which is due to take off the next morning. As Prentiss drifts off into an uneasy sleep, he begins to dream of some of the pioneers of flight: Icarus, who flew too close to the sun; Etienne Montgolfier

In 1962 Bradbury's story was made into a 16-minute animated short film directed by Osmond Evans.

Tropes unique to the animated short: