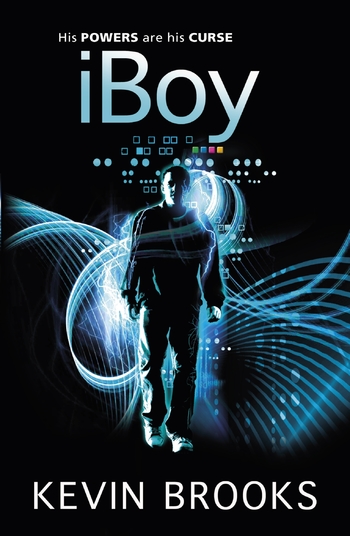 iBoy, the not completely realistic but awesome story of a boy called Tom Harvey who has an iPhone dropped on his head from a 30-floor council flat and develops superpowers from the pieces lodged in his brain. These powers include: control over electricity, access to the entire internet just by the power of thought (as well as the phone lines), somehow the knowledge to hack anything on the internet and listen in on anyone's conversations and electric force-fields.

The same person who threw the iPhone was also involved in gang-raping Tom's childhood friend Lucy and Tom sets out to take revenge on the attackers but soon learns that nothing good comes from getting involved with gangsters...

Notable for being literature for older teens but exploring some incredibly dark themes, as well as realisticly exploring the psychological effects of developing super-powers.

In 2017, Netflix announced that

they would be making a film adaption.