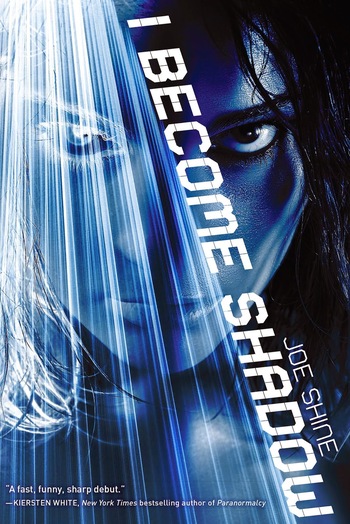 At age 14, Ren Sharpe is kidnapped by the FATE center, a secret government program. Over four years, she is trained as a Shadow. Shadows guard people who will become leaders or make important discoveries in the future. FATE knows this because they've invented technology to see into the future. Ren is assigned to protect college student Gareth Young. This book by Joe Shine was published in 2014.

I Become Shadow contains examples of:

The world is annoyingly too small sometimes - and I imagine that's especially true at college.

Okay, so let's imagine we're in a movie, and this is the sweet montage sequence in the middle of it.