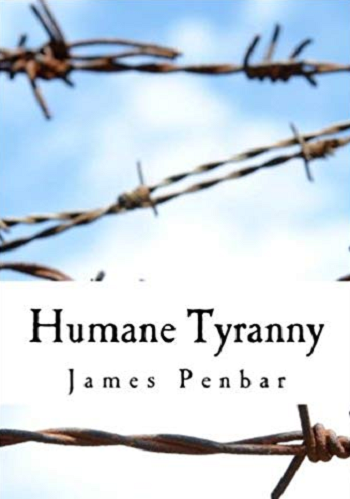 Humane Tyranny is a novel published in 2014 by James Penbar.
Advertisement:

Fearing the ramifications of an overpopulated country, the government passed a law in which one person a night is selected to die through a random lottery. The people are outraged, but there's nothing they can do about it. Nero Restivo, a twenty-year-old college student, is the latest draftee and he would have died if the enigmatic Chelsea Shell hadn't come to his rescue. She introduces him into an organization sworn to take down the Population Reduction Act by any means necessary. But are their methods any better than that which they fight against? And can Nero trust his new comrades in arms?

Humane Tyranny can be found here