Literature / Horrors of the Black Ring 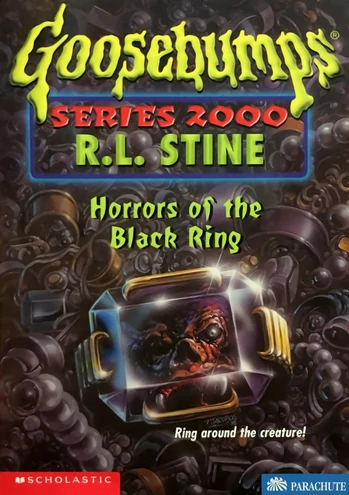 The Goosebumps Series 2000 book with an evil ring.

Beth Welch is a good kid. To some kids, she's too good, such as the local bully Anthony Gonzales and her sister Amanda. One day, her beloved teacher Miss Gold gets a shiny new ring, with a strange black jewel in it. Soon, strange things start happening, with a lot of being targeted at their efforts at planning the school carnival. Eventually, the culprit is discovered but Beth gets a hold of the ring herself and suddenly finds that she is acting very strange...and very evil.

This book is notable for being the shortest book in the franchise, at only 108 pages.