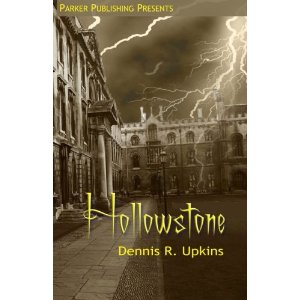 Life for Noah Scott changes drastically when he is accepted to Hollowstone Academy, one of the most prestigious boarding schools in the country set in the mountains of Eastern Tennessee. Within the hallowed halls of the illustrious school, Noah soon discovers that the world of the privileged is rife with social hierarchies, politics, depravity and corruption. It is also there that Noah meets his roommate and best friend, the charming and enigmatic Caleb Warner.

Tragedy soon strikes when Cal is brutally murdered in a hold-up. But when Noah is haunted by Cal's ghost, he soon discovers that the random act of violence was in fact a premeditated one.

Determined to uncover the truth and find Cal's killer, Noah soon finds that the school and its patrons have more than their share of secrets. Secrets they are willing to preserve at any cost. Through a series of prophetic dreams and visions, Noah also quickly learns that greater supernatural forces are at play. In a race against time, Noah must solve Cal's murder and uncover the truth before he's the killer's next victim.