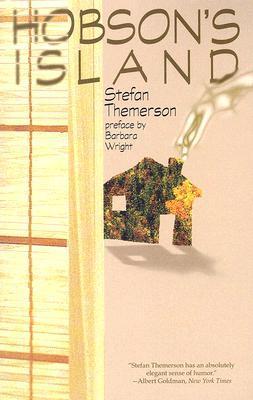 Hobson's Island is the last novel by the Polish-British writer Stefan Themerson. The plot revolves around the eponymous lonely island, inhabited for years solely by the Shepherd family, before, in the late eighties, it suddenly becomes a point of interest to several powerful people and organizations.

Serious and philosophical with a dash of comedy, the novel shares its setting with Themerson's previous novels and is, in a way, a conclusion to this universe.

Tropes found in this book: