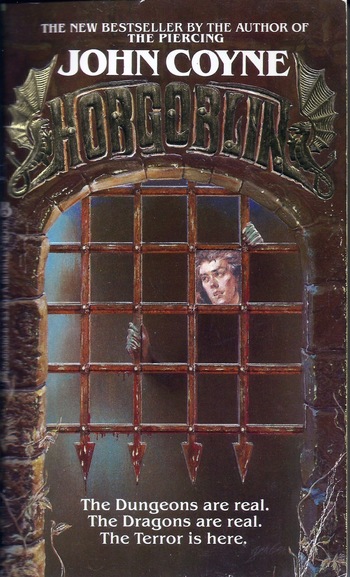 Hobgoblin is a 1981 Problem Novel by John Coyne which follows Scott Gardiner, a player of "Hobgoblin", an Irish-themed Role-Playing Game as he deals with the death of his father, his mother's new job documenting the history of Ballycastle, and dealing with a new school.