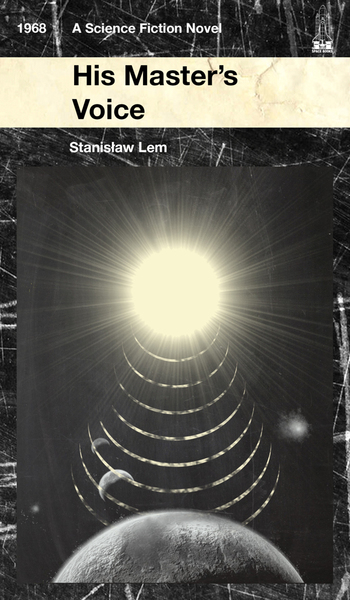 His Master's Voicenote Titled Głos Pana in the original language, which has - roughly - the same meaning is a science fiction novel by Stanisław Lem, published in Polish in 1968 and translated into English by Michael Kandel in 1983.

The plot concerns some noise readings of an innocuously empty sector of space around Canis Minor which, by a series of contrived coincidences, are discovered by the U.S. government and thought to be the creation of extraterrestrial intelligence. They assemble a team of scientists of all sorts to analyze the message and discover what exactly it means.

Rather than being a story about aliens, however, Lem's novel is about the process of scientific analysis itself. A critique of the idea of objective science, the book's characters are led and misled by their own biases and petty dislikes rather than any actual scientific data.

Not to be confused with the famous Francis Barraud painting, which has become a well-known corporate trademark.