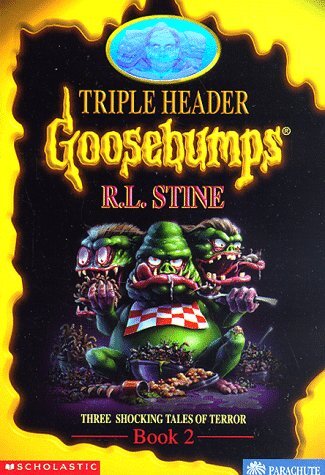 Goosebumps Triple Header Book Two is the second and last entry in the short-lived Triple Header series within the Goosebumps franchise. As with the first Triple Header, it contains three stories of roughly fifty pages each, which were structured more like standard Goosebumps books.
Advertisement:

The stories consisted of the following:

The Revenge includes examples of:

The Mummy With My Face includes examples of: