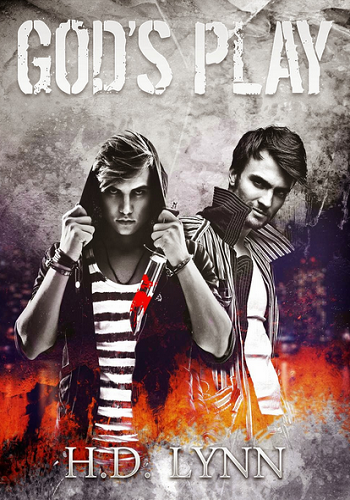 God's Play is a 2014 Young Adult Urban Fantasy novel by H.D. Lynn. It is about Blood Knight monster hunter Toby, who has Contagious Powers.
Advertisement:

When his mother dies horribly, Toby meets Reluctant Monster William. As they adventure across the UK and Ireland, they fight witches, shape shifters, and other hunters who have their own ideas on how to use Toby and his powers for themselves. The plot revolves around the idea that the creatures in mythology exist, and how the modern hunters are descendants of ancient heroes.