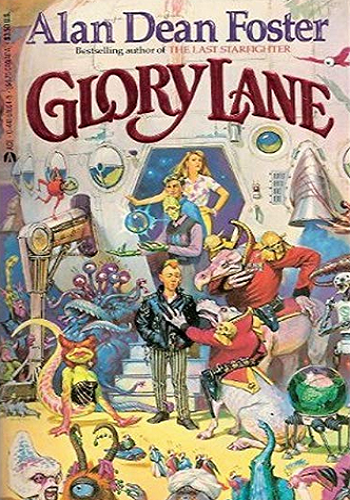 Glory Lane is a 1987 science fiction novel by Alan Dean Foster. It is a very strange book.
Advertisement:

An alien, a punk, a nerd, and a valley girl team up to save the universe by keeping an Empathic Weapon out of the hands of evil aliens. Along the way, they meet strange new lifeforms. And Neanderthals.

Not to be confused with another science fiction novel, Robert A. Heinlein's Glory Road.