Literature / Give a Boy a Gun 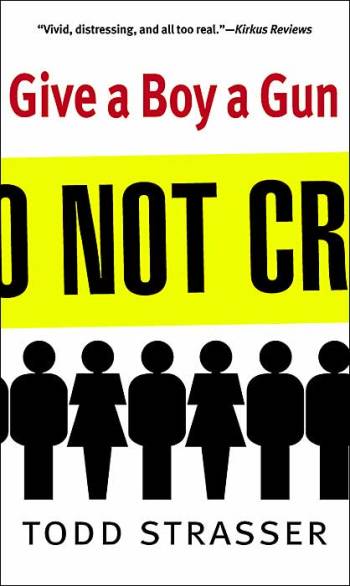 Give a Boy a Gun is a Young Adult novel by Todd Strasser published in 2002. It is about a pair of High School outcasts, Brendan Lawlor and Gary Searle, who decide to shoot up their High-School Dance as a way of getting revenge on the jocks who had picked on them and the faculty members who had ignored their plight or even encouraged the school's culture of bullying. The book is told in interviews with the killers' family, friends, classmates, teachers and neighbors, and explores the myriad causes of school violence.

Comes down very firmly on the "anti-gun" side of American Gun Politics. The very first page declares that a portion of all proceeds from each book sold is being donated to the Million Mom March Foundation.