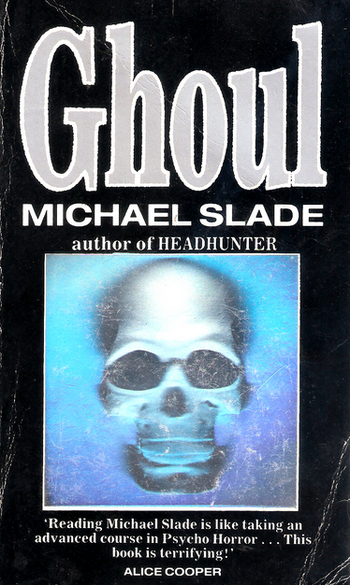 Ghoul is a horror-crime novel by Michael Slade, released in 1987. Inspector Zinc Chandler of the Royal Canadian Mounted Police is closing in on a serial killer; across the pond, Hilary Rand of Scotland Yard is working on a similar case. A fast-paced horror classic.

Some tropes appearing in the novel include: