Literature / Ghosts of the Shadow Market 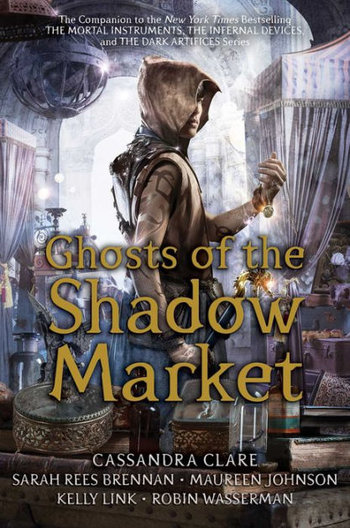 Ghosts of the Shadow Market is a collection of short stories set in The Shadowhunter Chronicles universe. It is written by Cassandra Clare, Maureen Johnson, Sarah Rees Brennan, Robin Wasserman and Kelly Link. The stories are set at the eponymous Shadow Market, a meeting place for Downworlders where all kinds of magic items are sold.

Like The Bane Chronicles and Tales from the Shadowhunter Academy, the first seven stories were first published online. They were collected as an anthology that added two extra stories. It was released on June 4, 2019.

The book includes the short stories: