Literature / Ghost in the Mirror 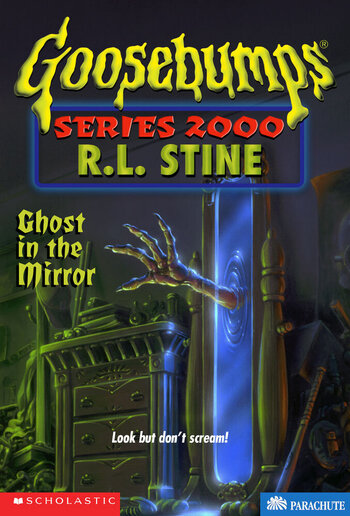 The Goosebumps Series 2000 book where there is something strange in a kid's mirror.
Advertisement:

Jason Stoves doesn't like his old, outdated bedroom furniture. Unfortunately, his parents can't afford any better, until they bring home an antique dresser and mirror. Soon after, Jason discovers there's something strange about the mirror when he sees and hears ghostly images in it, and finds a note warning him that to bring the mirror into his home is to bring in death...

Due to legal issues between Stine and Scholastic, this was the last book of Series 2000 to be published.