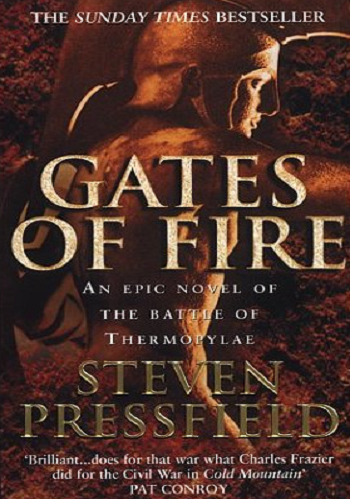 Gates of Fire is a historical fiction novel by Steven Pressfield, published in 1998. The story revolves around the Battle of Thermopylae and has a strong base in historical fact. It is told from the viewpoint of a Spartan helot and details the major events of his life leading up to the battle, then the battle itself.
Advertisement:

After their hometown is destroyed, Xiones and his cousin flee away. Xiones chooses to go to Sparta, while his cousin travels to Athens.

The novel tells the story of Xeones working as a Helot to Alexandros, a Spartan boy in training, and his journey to the Hot Gates.