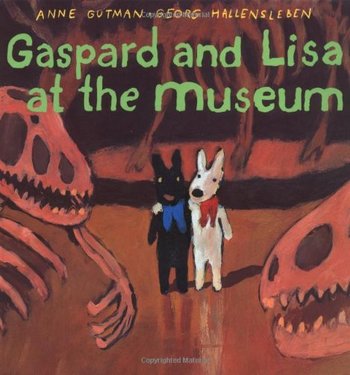 Gaspard and Lisa is a series of picture books and an Animated Adaptation set in France that features two anthropomorphic animals that are neither dog nor rabbit.