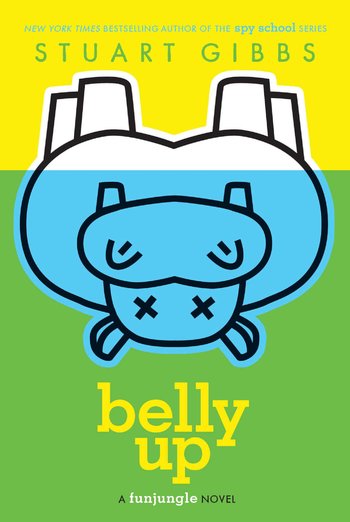 The FunJungle series by Stuart Gibbs (also author of the Spy School series and Moon Base Alpha trilogy). The books follow Teddy Fitzroy, the son of two employees at a combination zoo/theme park in Texas, getting involved with several mysteries with Summer, the park owners daughter. There are currently seven books in the series.

1. Belly Up. Teddy investigates the mysterious death of the parks mascot, and star attraction Harry the Hippo, uncovering motives among the park staff ranging from smuggling, to pure spite.

2. Poached. Teddy finds himself under suspicion when a koala on loan to the park is stolen.

3. Big Game. A mysterious poacher continuously attempts to kill one of the rhinos, leading to desperate efforts to stop the mystery criminal.

4. Panda-Monium. The parks new panda is stolen while in transit to the park.

5. Lion Down. A wild mountain lion is falsely accused of killing the dog of a controversial local celebrity, with Teddy and Summer trying to prove its innocence while hunters pursue the animal.

6. Tyrannosaurus Wrecks. Teddy and his friends find themselves looking into both the trafficking of exotic animals being sold in the area, and the theft of a t-rex skull from a nearby dig site, with Summer's father being one of the police's prime suspects.

7. Bear Bottom. Teddy’s family and several other FunJungle employees visit a ranch outside of Yellowstone National Park and find an adventure involving disappearing bison, a rambunctious grizzly bear, and a disappearing necklace.