Literature / Fugue for a Darkening Island 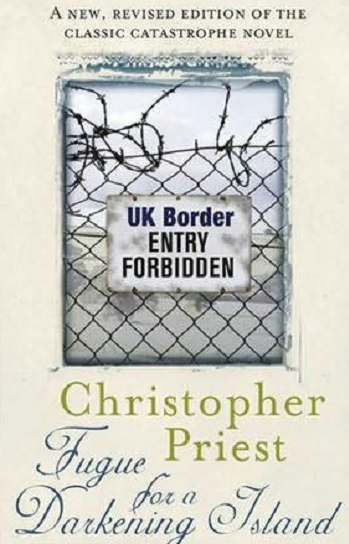 A 1972 novel written by Christopher Priest. A revised edition was published in 2011.
Advertisement:

A nuclear exchange occurs between several African countries. As a result, much of the continent is rendered uninhabitable, and vast numbers of refugees are forced to flee. Around two million of them end up in the UK, which by an unfortunate twist of fate has just elected a xenophobic right wing government led by John Tregarth. The result is a civil war between the government, a more liberal faction who support integrating the refugees, and the refugees themselves. The story is told from the point of view of Alan Whitman, a former university lecturer who is forced to flee his home with his wife and daughter after his neighbourhood is forcibly displaced by Africans.