Literature / From Oslo to Kinardas 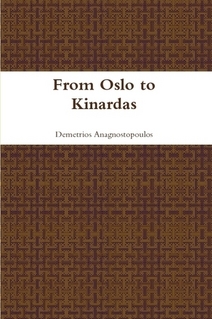 From Oslo to Kinardas is the second short story in The Spectral Chronicles. It is actually three short stories in one. Each one covers the different vacations taken by the Champions of the Light after the Third War of the Stone Cutters.

Part I: Land of the Midnight Sun covers Demetrios and Princess Lily traveling to Norway for their second honeymoon.

In Part II: Across the Golden Savannahs, Anne-Marie and Lynessa travel to South Africa for their honeymoon.

Part III: Seas of the North describes Michael and Kayla having fun on a cruise to Alaska.