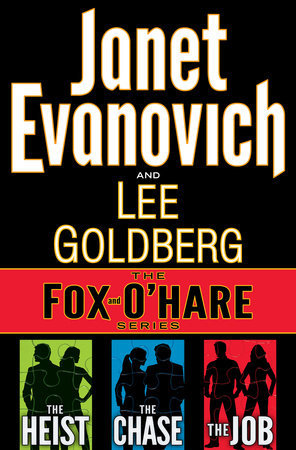 Fox and O'Hare is a caper thriller series of books by Janet Evanovich and Lee Goldberg.

Nicolas Fox is a suave conman with a penchant for thrill. Kate O'Hare is the FBI agent tasked with bringing him in. One fateful day, she goes into a men-only community somewhere in Greece just to nab him, only to find out he's now unofficially doing dirty work for the FBI, and she is his partner in crime in said dirty work. Thus begins a saga of pros, cons, fighting fire with fire, international intrigue, and toblerone chocolate.

The series consists of two short stories and seven novels:

Fox and O'Hare use the following tools in their adventures: